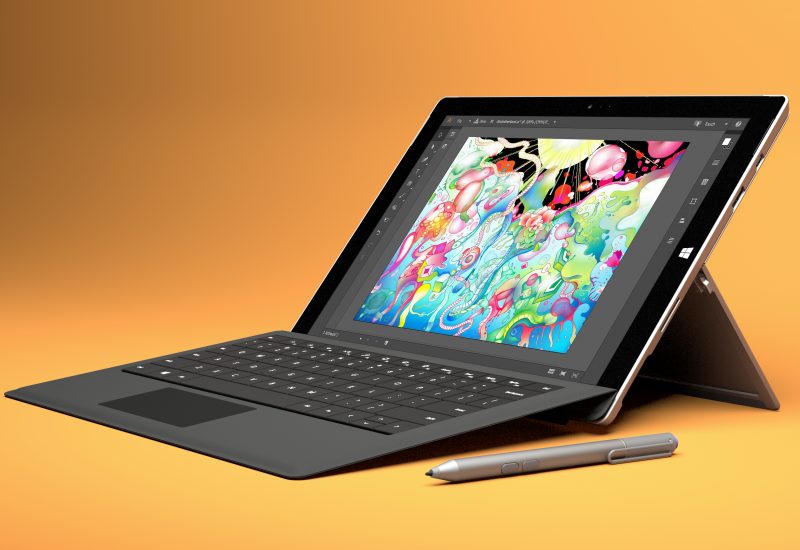 Apple Looks For A Response To The Surface

Apple has long been at the forefront of computing hardware, often attributed to their decision to make software and hardware under one roof. For years, this synchronicity of hardware and operating system was the backbone of why many people chose Mac OS over Windows. The days of Apple being the sole benefactor of this system are now over.

With Microsoft’s introduction of its Surface line in 2012, many were impressed with how Microsoft had finally adopted the Apple method of software/hardware synergy. Although many would rather forget the original Surface for all of it’s faults, it set Microsoft on the path to the renewed success it is seeing with it’s current line up. The original Surface was widely regarded as a poor competitor to the iPad, this is true. However, not many would have predicted the trajectory the Surface brand would have over the next five years. Instead of being an iPad competitor, the Surface line managed to compete on two fronts, as that of a true iPad and MacBook competitor.

This is where Microsoft finally has Apple on the back foot in terms of hardware. Microsoft has excelled with the Surface line time and again. First with the Surface Pro Tablet and then, like a one two punch, with the wildly successful and impressive Surface Book. Meanwhile, Apple has been criticized by even the most loyal Mac fans for it’s lack of attention to the computer side of the business.

Mac fans feel the company has been ignoring the Mac lineup in favor of it’s bigger and more profitable iOS business. Even though Macs may be more personable, in software familiarity as well as hardware customization, that can only go so far. A sentiment that had grown so large that Apple themselves felt the need to make a rare comment on the future plans of the Mac business. Has this feeling of neglect combined with the consistently excellent hardware that Microsoft has been putting out lead to an exodus of Mac fans?

Where Apple is really struggling is competing with the Surface Pro tablet line. Sure, Apple has the iPad, which is widely regarded as being great and has the likes of the new MacBook, which is by all means an excellent laptop. However, it does not have the in between product that consumers in 2017 crave.

That one device to rule them all, so to speak. It can be argued that Apple attempted to address this issue with the iPad Pro and failed due to the lack of productivity that can be achieved on iOS. After all, the iPad is a superb option for consuming content and even playing games, but not many would argue that real work can be done on it. Of course if you want to get real work done, then Apple would happily point you towards the new MacBook.

However, the question is whether it is worth getting a MacBook AND an iPad when Microsoft’s Surface Pro selection is remarkable at doing the tasks of both of these products. This has proven to be the reaction of consumers; the recent release of the new MacBook Pro was largely seen as a disappointment for Apple fans and a boon for Surface Pro sales.

The simple fact is that Apple is failing to meet the needs of today’s computer users. People want a tablet and they want a productivity device, they don’t necessarily want them to be two products. This is where the Surface Pro tablet and Microsoft are thriving, to the detriment of Apple and the Mac.