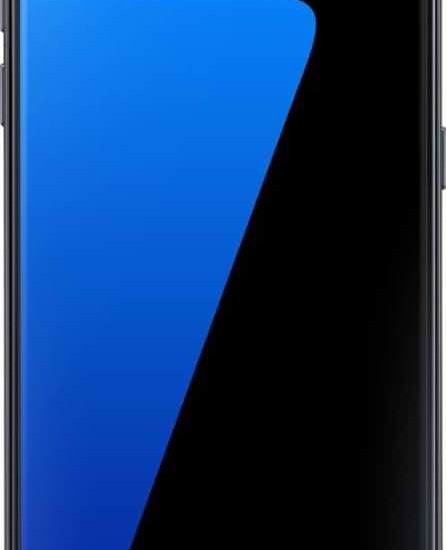 In the past few couple of years, Smartphone technology has incredibly changed. The Smartphone makers are constantly developing new technology to make mobile phones par with computers. First there were phones with paltry 512MB or 1GB of RAM, and then there was boom of smartphones with 2GB and 3GB of RAM. Now days, 4GB of RAM is becoming a standard on high-end smartphones. Undoubtedly phones with 4GB RAM sound to be devices with incredible gaming and multi-tasking capabilities. They attract the users who need smooth lag-free gaming and user interface experience. In addition to 4GB RAM, 4G LTE is also becoming a standard.

There are a lot of 4GB RAM mobiles with 4G in India. If you are planning to buy a phone with such configuration, then here are the top five options available in the country at the moment in premium and budget segment.

The Samsung Galaxy S7 is the Korean tech giant’s latest flagship offering, which packs in 4GB of RAM and offers excellent configuration for the price. The phone sports a metal frame with 3D glass on the front and rear. It looks appealing and sports a slim 7.9mm frame. The dust-and-water resistant smartphone comes with a fingerprint sensor and a heart rate monitor. As for the other specs, it offers a 5.1-inch quad-HD Super AMOLED always-on display, an octa-core Exynos 8890 SoC, 32GB and 64GB internal memory variants, a Dual Pixel 12MP rear camera with Smart OIS, a 5MP front shooter, 4G LTE, dual-band Wi-Fi, NFC, Android Marshmallow, and a 3,000mAh battery with fast charging support. It is certainly one of the best smartphones Samsung has produced till date.

The OnePlus 2 without a doubt is one of the best flagship smartphones in comparatively budget segment than the Galaxy S7. The phone offers a plastic body that measures 9.8mm around the waist and tips the scale at 175 grams. The device flaunts a 5.5-inch full HD display, and is powered by a 1.8GHz octa-core Qualcomm Snapdragon 810 processor. The device gets a fingerprint sensor, 4G LTE, a 13MP primary camera, a 5MP selfie shooter, a reversible USB Type-C port, and a beefy 3,300mAh battery. It comes in two variants – one with 3GB of RAM and 16GB of storage, and the other with 64GB of storage and 4GB of RAM. So you have two options for the OnePlus 2, depending on your budget.

Chinese manufacturer ZOPO has recently launched its latest flagship offering called the Speed 8 in India. The phone holds the title of being the first smartphone to boast a processor with 10 cores. The device sports a plastic body with chrome-finished edges, a 9.8mm waistline, and gets a fingerprint sensor on the back. It comes with a 5.5-inch full HD display, a deca-core MediaTek Helio X20 processor, 4GB of RAM, 32GB of storage, 4G LTE, a USB Type-C port, NFC, and a 3,600mAh battery with fast charging support. The phone offers an excellent 21-megapixel rear camera with a Sony IMX230 sensor and a dual-LED flash, and an 8MP selfie shooter with an LED flash. It runs Android 6.0 Marshmallow out of the box.

The aforementioned are among the best smartphones in India with 4G RAM and 4G LTE support. The Galaxy S7 is for those looking for a combination of excellent design and configuration. However, the phone costs a hefty at Rs 48,900. The OPPO F1 Plus is for those looking for an excellent selfie experience thanks to its 16MP camera. This one also packs in high-end configuration, and is priced reasonably at Rs 26,990. The YU Yunicorn is for those looking for 4G of RAM and phablet experience in the budget prices, as the phone is available for just Rs 13,499. The OnePlus 2 is one of the best devices you can buy with a Snapdragon 801 SoC. This one is being offered for Rs 20,999 for the 3GB RAM variant, while the 4GB RAM costs Rs 22,999. Lastly, the ZOPO Speed 8 sports a deca-core processor and packs in pretty much everything you need in the high-end segment at Rs 29,999. So, which one of these phones have caught your interest? Share in the comments with all.