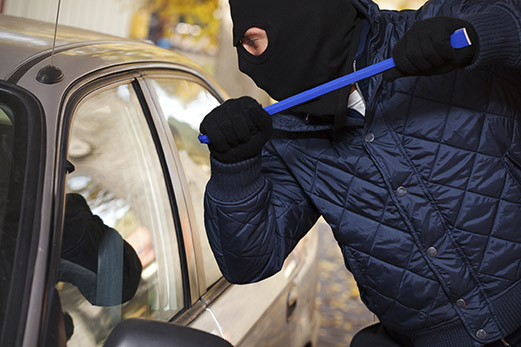 Everything You Need To Know About Theft

Theft is the term theft that is very widely used to refer to all sorts of crimes that involve the taking of a person’s property without his or her permission. But in the legal field theft has a very broad meaning that encompasses several categories, and multiple degrees of crimes.

The most general and common definition of theft, according to Mass Tsang LLP Company, is the unauthorized taking of someone’s property with the intention to permanently take it from them.

Types and Degrees of Theft:

The main questions in most theft cases are: the type of property that was stolen; and the actual worth of the stolen property. Exactly these two factors determine the category and/or degree of charges that an accused person can face. Below we prepared a list of theft categories that are most commonly applied today.

Petty theft is also known as ‘petit’ theft. They most typically occur when a person steals some property that is below a certain value specified by law. The amount of money under which a theft can be qualified as pretty depends on the jurisdiction. But, for instance, is something under a $1000 or $500 was stolen then it is very likely to be qualified as ‘petit’ theft. In most cases petty thefts are categorized as minor crimes, and are also known as misdemeanors.

Grand theft, consequently, occurs when the value of some stolen property is more than the limit established for petty theft. Most frequently, the property’s value will be determined based on the market value of the stolen property in order to establish the type of theft: pretty or grand. Most grand thefts will be classified as felonies in. Professional lawyers explain that this is basically the most serious category of offenses that often leads to severe consequences for individuals convicted.

Some jurisdictions also create additional categories or classes of thefts in order to address a particularly troublesome type of theft. For instance, the most well-known kind of additional theft category is ‘grand theft auto’, which obviously refers to stealing a car. As a rule, these types of thefts are more narrowly-categorized and pose harsher punishments than standard, comparable theft-crimes.

As you might know or have figured out, theft crimes in most cases carry potential punishments which can range from the minor to the extremely serious consequences. According to professional theft lawyer – Jeff Mass Toronto, depending on the circumstances, even a minor misdemeanor conviction may actually damage or at least complicate your whole life for many years to come. This is why it is so important to have legal support from an expert – a professional heft lawyer that will definitely make a difference between a disaster and an inconvenience. You can find several numbers of local attorneys even in the yellow pages and schedule a consultation with them (Remember, that consultation are very often free of charge). In this way you will at least know on what grounds you are standing right now.

Why You Should Avoid Flash On Your Site?

Some Facts About Electronic Cigarette