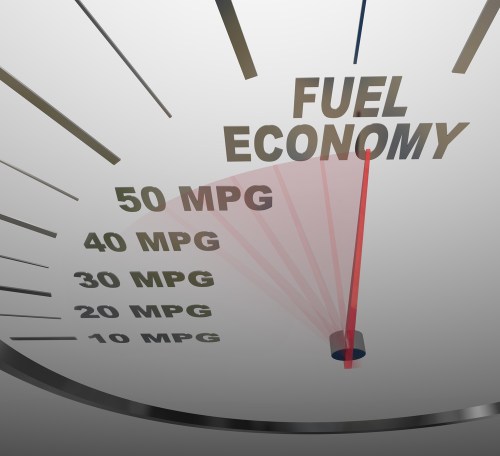 There are millions of vehicles in India today that cover up to 13,000 km per year on an average and burn so much fuel for that. And if there is one thing that has always increased with time, it’s the cost of fuel in India. Indeed, petrol and diesel are expensive than ever before. This has hiked up the cost of ownership of cars and bikes by several times.

Along with that is the concern about environmental losses due to higher fuel emissions. Evidently, the way to the future then is designing more and more fuel efficient cars that burn less fuel and help keep the environment clean. Can the cars of future do that?

It has been observed that out of the total energy output of fuel in a car’s engine, as much as 33% is spent in exhaust, 29% in cooling and 38% in mechanical energy. Out of this 38%, friction losses account for 33% and air resistance for 5%. This implies that no less than one third of a car’s fuel is spent in overcoming friction. This friction loss has a direct impact on the total fuel consumption and emissions. Clearly, this needs to change if we are looking to make cars of the future.

According to a study, new technologies in the design of brakes and surface can be engaged to reduce friction by anything from 10% to up to 80% in different components of a car. It has been observed that friction can be reduced with low-viscosity lubricants, ionic liquids, lubricant additives and low-friction tyres that are inflated to pressures higher than normal.

Some studies also highlight the scope of new surface technologies such as diamond-like carbon materials and nano-composites which could reduce friction by up to 50%. Also, laser texturing can be used to etch micro-topography on the surface of the material to monitor the lubricant flow and internal pressures to reduce friction by 25% to 50% and fuel consumption by 4%.

With the present-day technology and design, just 21.5% of the energy output of the fuel is used to move the car effectively. However, new technologies if successfully integrated in the cars of future should make it possible to make cars much more fuel efficient and reduce their emissions by 18% within the next decade, and possibly much more in the decades following it.

Apart from the designs and technology, drivers of cars can also influence the quantity of the vehicle’s fuel consumption depending on how they use and operate the machine. A reduction of even 10% in driving speed, for instance, from 110 km/h to 100 km/h, brings down the fuel consumption by 16%. Slowing down also allows for higher tyre pressures that can translate into a further 3% saving in fuel consumption. Keeping the engine off whenever it’s not in use or the traffic signal is red are absolute no-brainers.

Realistically, then, if car owners and car designers worked in tandem from different ends of the spectrum, it could be expected to save fuel and money by millions over the next few decades. Furthermore, since the environment is a rising concern with each passing day, it helps to know that the move could also cut down carbon dioxide emissions dramatically, thereby reaping more returns in terms of clean environment and overall well-being in the longer run.

Dedicated to designing reliable and cutting-edge auto products, ASK Automotive Pvt. Ltd. is a leading friction products and brake shoe manufacturer, with clients including Honda and Yamaha who don’t compromise on quality. What’s more, ASK is the largest two-wheeler automotive friction products manufacturer in India today with 14 plants located at strategic locations across the country. The company has its own design, research and development facilities. Its brake and friction products are designed to give your car’s engine the maximum fuel efficiency and performance. Even so, the company constantly strives to better itself by designing and delivering products that are best in quality, and cater to the needs and requirements of the current times.

3 Key Benefits of Hiring Experts For Property Management in Corona