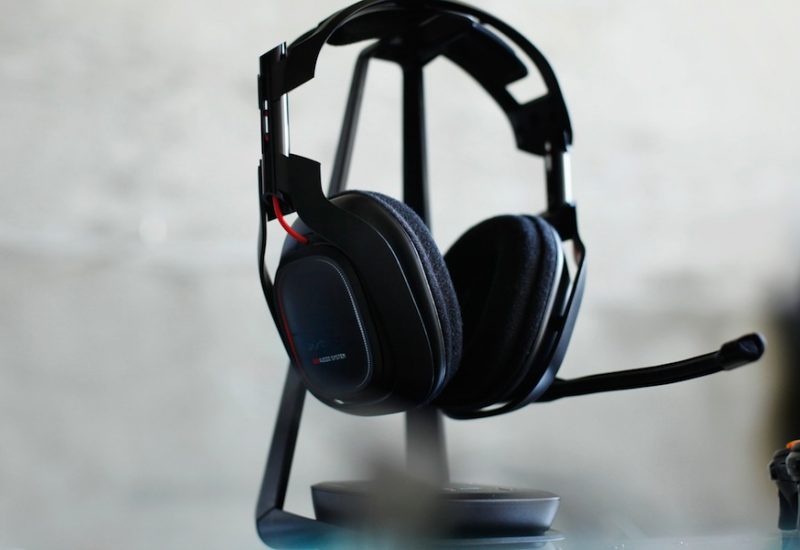 Headsets are an integral part of today’s video game culture. Whether you’re into PC games or you prefer playing on consoles, a good headset can enhance your gaming experience dramatically. Headsets don’t just allow you to keep the game’s sounds to yourself—they also let you experience the game’s audio in a way that only premium traditional speakers can.

Another reason for the rise in gaming headset use is the increasing popularity of multiplayer games. Today’s hottest titles such as Call of Duty, DotA 2 and Player Unknown’s Battlegrounds are examples of games that require coordination for players to succeed. Seamless communication not only helps you play better, it also enhances the social aspect of a game.

With so many headset brands and types out there, it’s not exactly easy to choose which personal audio equipment is best for your needs. To help you make the best possible decision, we’re breaking down headsets according to their types. We’re also listing the pros and cons of each headset class to give you better insight on which type best suits your preferences.

One of the most common debates you’ll see in forums about gaming headsets is over if you should get wired or wireless headsets. In our view, both types have their merits and limitations. Choosing one over the other is mostly a matter of preference.

Wired headsets have been used in gaming for decades now. Initially, these peripherals used the 3.5mm audio jack whenever it was available. Recently, though, computers have allowed digital output methods such as USB and HDMI.

Many gamers prefer wired headsets due to the superior sound quality that is transmitted within nanoseconds from computers or consoles to the earpieces thanks to physical wires. These headsets also don’t require their own power source since they draw electricity from the device they’re plugged into. Compatibility is also a plus as wired headsets can be used on practically any computer or console with a port for their connectors.

Of course, wired headsets aren’t perfect. They’re subject to some limitations that their wireless counterparts have overcome. Specifically, comfort and portability can be an issue if you’re the type who’s easily annoyed by dangling wires. If you move quite a bit while gaming, wired headsets may restrict your desired range of motion.

Modern headsets are generally connected via Bluetooth. This is a massive upgrade over last-generation connection methods which greatly diminished sound quality as it traveled from source to output. Bluetooth headsets usually yield good—if not great—sound quality. For average users, it will be hard to tell the difference in sound from what you’d get with a good, wired headset. Hardcore audio enthusiasts, however, will insist that smaller sounds tend to get left out with Bluetooth, and wired devices are still the best.

If you’re not too particular about hearing every little sound that your game makes, wireless headsets will work for you. They’re very portable, designed to be light, and they feel less restrictive when you move. Of course, you’d have to make it a habit to regularly charge your batteries as these devices have their own power supplies.

There are several different types of gaming headsets according to their physical structure and design. Like the debate between wired and wireless headsets, there’s also no right or wrong answer to the question of which headset form you should get. This is something that depends on your comfort level as well as the quality of sound that you’re getting.

Here are the most popular headset form types in the market right now:

These are very popular among the hardcore gamers thanks to their comfort, sound isolation and insulation from outside noises. Thanks to the thick, but soft pads that surround the ears rather than sitting on them, this type of headset is pretty much unmatched when it comes to immersing you in a game’s audio.

The drawback is that these headsets tend to be priced high compared to other types of headset. So many people use them mainly at their home, internet cafes or PC gaming tournaments. Lastly, the sound quality that these devices produce requires significantly more power than other headsets. You may want to consider that if you’re mindful of how much energy your rig consumes.

Earbuds are the most popular type of personal audio peripheral these days thanks to Apple using them for the iPhone and many other consumer electronics manufacturers following suit. They’re great for listening purposes thanks to advances in technology that have brought their quality to full stereo levels. However, these aren’t quite what you’d call headsets designed specifically with gaming in mind.

Earbuds offer affordable pricing, the best portability and the lightest weight among all the headset forms. However, they’re limited in some key respects with regard to gaming performance. One issue is that many earbuds don’t have microphones, so you’d have to get that separately if you want to use voice chat in games. The earbuds that do have mics can sometimes have a drop-in quality or pick up a lot of background noise. Since there’s no headband holding them in place, they’re also prone to falling off when you move. Lastly, you can’t expect noise cancellation or surround sound from earbuds.

Ultimately, earbuds are best for keeping sounds to yourself while maintaining good quality and helping you save money. If you want something with more functionality and greater oomph sound quality-wise, you’re better off with other options.

Like earbuds, in-ear headsets offer very good sound quality at affordable prices. They also come standard with some mobile phones, most notably Samsung’s line of Galaxy smartphones. They’re considered to be ideal listening devices for music lovers as they provide crisp stereo quality sound along with good noise isolation. As you may guess, they’re also extremely portable thanks to their small parts and very light weight.

And just like earbuds, in-ear headsets have limitations when it comes to gaming. They don’t come with microphones for voice input and they can’t be expected to deliver surround sound. Still, they’re very practical and if you’re just looking for good sound, this headset type is a solid choice.

Another drawback to these headsets is the fact that they feel intrusive to the ears of some people. Doctors also say that certain ears can react to constant “intrusion” by the earpieces with an increased level of earwax production. Physicians recommend using these headsets not longer than one hour per day, which may be a deal breaker for some players.

On-ear headsetss are one of the longest-running types in this list. They rose to prominence during the heyday of Sony’s Walkman, but they’ve stood the test of time and are still relevant to this day.

At first glance, they look similar in form to over-the-ear headsets. However, on-ear headsets are usually smaller, lighter and sleeker. Newer models also come with easy fold designs, allowing users to carry them around more comfortably than ever before. Gamers will be happy to know that a lot of on-the-ear headsets have versions with microphones, making it easier to chat while playing intense games that require coordination.

In terms of sound quality, these are pretty good. However, they don’t offer too much isolation from outside noise. Their padding, which sits right on the earlobe, can also soak up sweat and irritate the skin over long periods of use.

According to Sound Quality

Your choice of gaming headset also depends on the sound output quality that you’re looking for. There are three main types according to this classification:

These are headsets that only have one earpiece and sound source. They’re designed to give you audio in one ear while allowing you to stay aware of sounds in your environment. A good example would be the Xbox 360 headset which has one earpiece and a microphone. As you may guess, it’s great for voice chatting with online teammates while the rest of the audio is projected from TV speakers.

Fans of first person shooter and MOBA game genres usually use this headset type. It’s not exactly the greatest thing for listening to music or for playing single player games, though.

Stereo involves at least two speakers which output sounds independently, giving you a sense of left and right sound projection. Most modern earbud, in-ear, and on-ear headsets with microphones are capable of delivering this audio mode. Auditory experiences are often very good, and these headsets are just as good when listening to music or watching videos.

Surround sound output is the highest level of quality that’s currently available for audio. As far as headsets are concerned, this is possible mainly on over-the-ear headsets thanks to the fact that the earlobes are contained in the headset pads, and sound isolation is top notch. Two discreet speakers then play sounds in a virtual surround manner. According to audio enthusiasts, the surround sound of a good headset is comparable to what you’d hear from a high-end speaker system.

Headsets with surround capabilities can be pretty expensive and they tend to require higher-level drivers to work perfectly. However, some professional gamers swear by them as the ability to hear where an opponent is approaching from in games like Counter-Strike can mean the difference between a great win and utter defeat.

These are the types of headsets that you should be aware of when choosing the one that you want to get. It’s a lot of information to digest, but it’s better to know exactly what you’ll be getting than open the box at home and wind up disappointed. Enjoy!