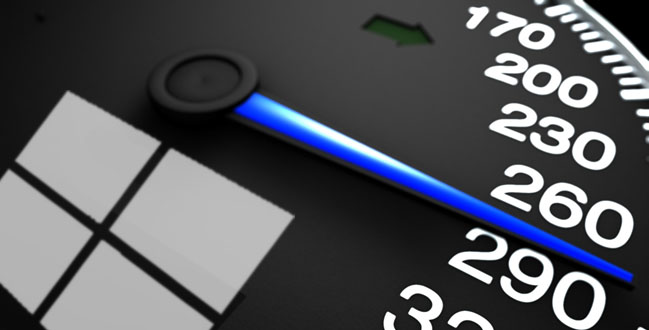 How to Speed Up Computers?

When we start using our computer, it could impress us with its speed. However, the performance of our computer could eventually degrade after continuous usages. Even with repeated attempt to speed up our computers, we could be disappointed with slight increase in performance. Over time, our computer will eventually bogged down. Many computer users could think that whether it’s worth computing at all, because they can only perform light computing tasks, such as typing and listening to music. The truth, when our computer first arrived, it comes with basic configuration and there are things that we need to consider.

The first thing that we need to consider is that we should know whether we have enough memory. RAM requirements vary depending on the type of operating system. As an example, people who upgrade from Windows XP to Windows 7 could find that they start to running out of available RAM space and this will have an effect on the performance. Consequently, users of Windows 10 or higher will need to have larger amount of RAM compared to users of older operating system version. The more accurate way to determine whether we have enough RAM is by opening the task manager and switch to the Performance tab.

The next thing we do is to run the computer at top utilization condition. Often, we open a web browser with plenty of tabs or run a demanding 3D game. Both activities require large amount of RAM and we should make sure that we have enough memory to do that. After running oour computer at peak utilization for about 30 minutes, we should close them and quickly check the Performance tab. The real time graph shows how much RAM that’s used during peak utilization. When it reaches more than 85 percent, then it is a good sign that our computer would benefit from having more RAM.

This is the simplest and cheapest way of boosting performance without spending too much money. In general, people will need at least 4GB of RAM when running Windows 10 for common computing tasks and 8GB of RAM for high-performance tasks. The next step is by removing unnecessary garbage from our computer. Instead of erasing excess files, we should prioritize on removing software that we don’t need. We should evaluate our programs in Add/Remove Programs screen found in Control Panel. It’s a list programs and games that are installed in our computer. We should consider removing the one that we don’t need.

Many of these programs have services that run in the background and they eat up RAM and processor resources. After we have removed these programs, it will be a good idea to optimize our registry and clean up unnecessary entries left by programs that we uninstall previously. Next, we should review services that are still running in the background by accessing the MSConfig screen. We could check whether our computer is running unnecessary services and startup items.

Should You Still Buy an MP3 Player?

How to Deal With Web Browser Redirect Malware?