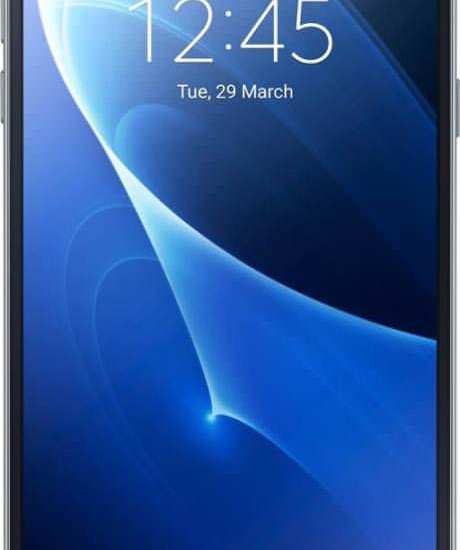 Samsung Galaxy J7 2016 Vs Xiaomi Redmi Note 3: Which One Is Better?

The smartphone market of India is always overcrowded with the latest models no matter what the price range, although the budget and the mid-ranged phones are the major crowd pullers. In India, the smartphone space is extremely competitive as innumerable global and local manufacturers fight intensely in this market. When it comes to the budget or mid-ranged phones then the Indian market is currently dominated by the Chinese mobile makers, to be more specific Xiaomi which is probably the most popular mass market mobile brand currently in India, and the brand is constantly wowing the audience with many impressive products. On the other hand, the global mobile leader Samsung has been always popular in India. The South Korean company has been one of the primary choices of the brand conscious Indian smartphone buyers.

Recently the Xiaomi Redmi Note 3 has come to the Indian mobile market and as usual, totally impressed the buyers and the market experts. The new Xiaomi Redmi Note 3 is in fact so impressive at its price point that it is used as a yardstick to analyze the capabilities of any new mid-ranged smartphone that is landing in our shore. Now, that the updated Samsung Galaxy J7 2016 version has also come our way, it is only natural that it will be put against the Redmi Note 3 for comparison.

Indian smartphone buyers don’t simply buy a brand anymore nowadays and look into the specs, features and overall quality of a mobile phone before actually spending their money on it. And that’s how many new names have already become popular choices in the Indian mobile market, including Xiaomi which is being highly praised for its premium quality products at really stunning prices. Thus, the Xiaomi Redmi Note 3 should certainly be compared against the Samsung Galaxy J7 2016, although its earlier version has been already hugely popular in the market.

So here’s a comparison between the Samsung Galaxy J7 2016 and the Xiaomi Redmi Note 3, for you to see which one is more loaded and actually worth a buy:

The difference between the Samsung Galaxy J7 and the Xiaomi Redmi Note 3 starts right from the display quality. The Redmi Note 3 comes with a crystal clear 5.5 inch Full High Definition display with a screen resolution of 1920x1080p, while the Galaxy J7 (2016)’s Indian version packs in a vibrant and colorful display with a screen resolution of 1280x720p. It is really disappointing that Samsung chose to offer an inferior 720p on the Indian version of the J7 2016, while the model’s Chinese version gets a Full HD display. So, the screen resolution is obviously better on the Redmi Note 3.

Nevertheless, the Samsung Galaxy J7 2016 does have small advantage over the Xiaomi Redmi Note 3, as it boasts of a Super AMOLED panel, while the latter gets the usual LCD panel. Hence, the display quality of both the phones get somewhat balanced.

Currently, fingerprint scanner has become highly popular with the users. This security feature that protects one’s personal data from unauthorized access is also very useful than just a luxury and is thus being offered in most of the latest quality products. Going by the latest norms, the Redmi Note 3 comes braced with a fingerprint scanner, but the Galaxy J7 2016 still gives a miss to it.

The Samsung Galaxy J7 2016 packs in a 13 MP primary camera and a 5 MP front snapper, while the Xiaomi Redmi Note 3 boasts of a 16 MP rear shooter and a 5 MP secondary. Samsung does offer great camera quality, so the updated new Galaxy J7 is expected to offer good photo shooting experience although a real-world test is yet pending. On the other hand, the Redmi Note 3 has already proven to be offering a great photo shooting experience.

The Galaxy J7 2016 gets powered by an Exynos Octa core chipset clocked at 1.6 GHz of speed, while the Redmi Note 3 utilizes a Snapdragon 650 Hexa core processor. It seems that the Xiaomi smartphone has an advantage here, but the detailed performance comparison is yet to be seen.

The Xiaomi Redmi Note 3 is surely the winner in its department as it packs in a massive 4,050 mAh battery pack. The Samsung Galaxy J7 2016 is also not far behind as it draws its juice from a good 3,300 mAh battery. While it is apparent that the Redmi Note 3 will last longer, both the devices can offer a full day’s work and play on a single charge.

The Galaxy J7 2016 comes with the support of 2 GB of RAM and 16 GB of onboard storage, while the Redmi Note 3 is available in two versions, one of which offers 2 GB of RAM and 16 GB internal storage and other comes with 3 GB RAM and 32 GB of inbuilt memory. Thus, Xiaomi offers better variant-wise choice. Both the smartphones also offer the flexibility to expand the storage space with the help of microSD cards to up to 128 GB.

The Samsung Galaxy J7 2016 has been priced at around Rs. 15,990 in various e-commerce retailers and has just started being available for sale.

The Xiaomi Redmi Note 3 and the Samsung Galaxy J7 2016 are both very capable mid-rangers. However, the Redmi Note 3 has an edge over the updated Galaxy J7, while also being more affordable.