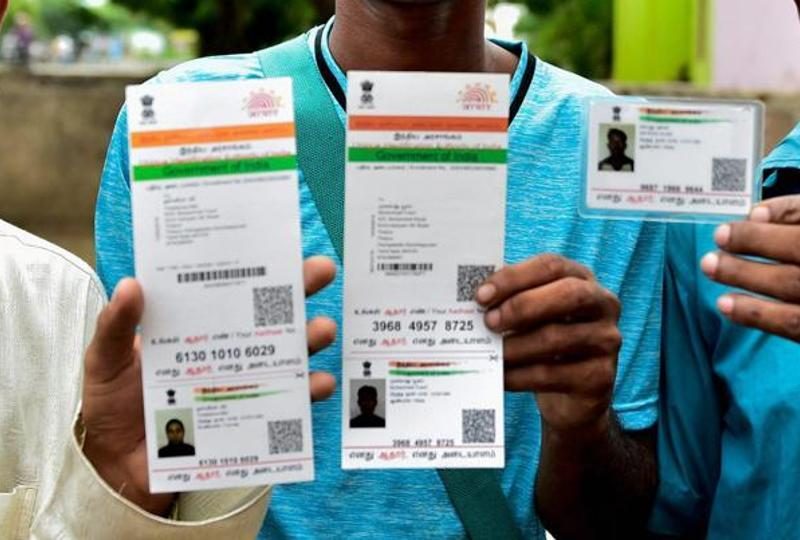 Where is Aadhaar Card Mandatory and Where is Not?

According to a ruling by the Supreme Court of India, it is not important for citizens anymore to link their Aadhar to avail all the services. They include bank accounts, mobile phones and passports. The court has of course ordained that the biometric ID is mandatory for accessing all the social welfare schemes and the subsidies that come along with them.

Although Aadhar card was mandatory, however, the court has still not decided that the 12-digit unique number given to the citizens have to linked to all the services or not. The concept of Aadhar was launched in 2009, touted to be world’s biggest biometric database, to streamline welfare payments and reduce wastage in public spending.

When Did Aadhar Become Mandatory?

However, time and again, petitions have been filed by individuals as well as organizations claiming that linking Aadhar to all aspects of the services has been a violation of privacy. Based on those complaints, at first the deadline of the linking was extended to March 31 2018 and then it is still subject to the final judgment. In case one wants to know How to Apply for Aadhar Card, they have to visit an Aadhar Kendra.

Since then, the Central Government under PM Modi has been keen to mandate the use of Aadhar for everything from filing IN come Tax to the registration of new and existing mobile numbers. Whether it is booking railway tickets or claiming pension and employment schemes, Aadhar had been made a must. In January, Aadhar was also made mandatory for passport renewal but also for new passports issued within three days under tatkaal category. The order was challenged by lawyer Vrinda Grover. The deadline was first March 31, but now the final Supreme Court judgement is still pending regarding, Aadhar Act is altogether illegal or not.

The biggest complaint raised by campaigners against linking of Aadhar, is the concern raised about privacy and safety of data. There have also been issues raised against the susceptibility of biometric failure and the misuse of data for profiling or increased surveillance by the state. The campaigners had also insisted that Supreme Court declares the Aadhar linking procedure illegal and Aadhar disclosure as a violation of right to privacy. Based on these campaigns, the Supreme Court did recognize that privacy is a fundamental right, but in spite of that made it clear that decision on the constitutional validity of Aadhar would be separate taken as a fundamental right was also subject to some reasonable restrictions.

There have been cases where exposure of Aadhar details has been reported. There have also been cases reported about the exposure of thousands of fake Voter IDs and Aadhar Cards being found in certain pockets. The biggest concern regarding this has been that since Aadhar has now been linked to bank accounts, it might now be easier for the hackers to go on with their online scams and break into online bank records.

This has been posing a serious threat and is why the campaigners have been outspoken against the procedure. Aadhar could also be required to avail loans and NBFCs like Bajaj Finserv had options for loans like personal loans, Home Loans and business loans. If one needs instant financing in a most hassle free manner, then all they have to do is make an online application and then check the pre- approved loan offers.

However, many have also been stressing on the number of additional benefits that can be availed by linking the Aadhar will all the services like one’s phone number and bank account. It would become easier to file E- returns on Income Tax and this can only be done with the PAN linked to the Aadhar. Registering and linking the phone number with the UIDAI will also allow the Aadhar card holder to opt for a number of additional services like e- downloading Aadhar and correcting Aadhar details online.

Aisha Aggarwal is a passionate blogger. She has a very diversified skill of amazing artwork like card making.She loves keeping herself up to date with news and happenings around. She is always open to learning new things and share all her learning and works through her blog greetingsofthedays.

A Brand Nail Gun Is Perfect For Small Wood Projects

Which Industries Use Storage Silos For Bulk Material Handling?