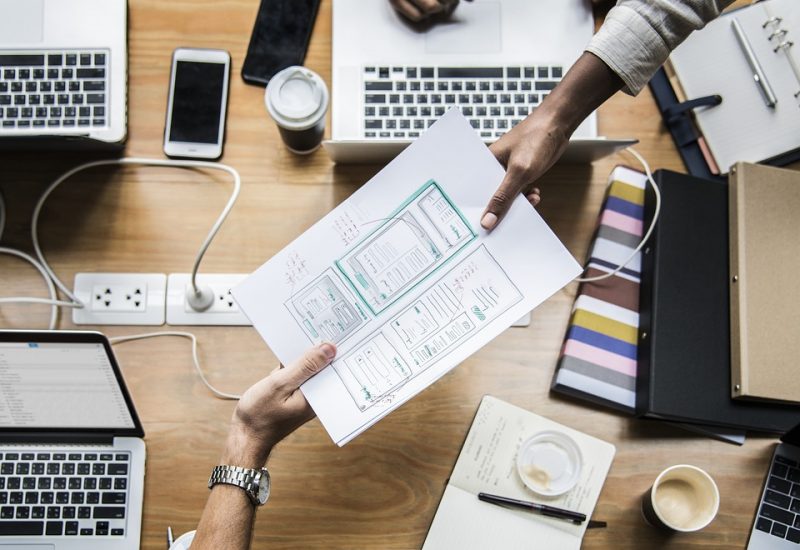 In industry iOS and Android are the main platforms for mobile apps development to develop an app. Developers usually need to develop applications for both of them. Hence, cross-platform development has gained popularity in a short span. There are a variety of cross-platform in the market including React Native and Microsoft’s Xamarin and now flutter is introduced in the mobile industry. Flutter is developed by google as it created the native Android development stack.

Google released Flutter, an option for the cross-platform app development that saves time and effort while developing an app. It is a SDK that’s been providing the tooling to compile Dart code into native code. Therefore, it is a new platform by Google, offers a rich set of pre-built and pre-styled UI widgets which can be used to create fast user interfaces.

Flutter is a mobile UI framework that enables to craft apps for Android and iOS. Taking spontaneous frameworks into consideration, Flutter is a relatively first in the list of cross-platforms in the mobile app development industry. Flutter is specially developed for designing cross-platform native apps.

Being a big topic at Google I/O 2018, the Flutter mobile app SDK is a different way to develop native mobile apps that break away from the “cookie cutter” apps.

Flutter offers reactive-style outlooks and approach to avoid performance problems by using a compiled programming language (Dart). Talking about Dart it is compiled “ahead of time” (AOT) into native code for multiple platforms which improve app startup times. These benefits Flutter to link with the platform without processing through a JavaScript bridge.

Supreme UI: The outlook of widgets is utmost when it comes about outer appearance. Widgets look good with feel natural when synchronized on various screen sizes.

Fasts Widgets: It performs fast to create the widget tree and expand the widgets according to the design. Apart from that, it lay them out on the screen by rendering and animating the widgets of the Apps.

Customizable: Facilitate developers who want to add delightful new widgets that are extensible and customizable to match the app’s brand requirement.

Limited usage: Flutter provides support to mobile apps only but not websites. Thus, it is not flexible when it comes about the multi-usage of the framework.

Limited libraries: As flutter is relatively new to the market, the functionality is not that in use. Though Google supports Flutter libraries. For this reason, developers would have to develop these libraries themselves.

Flutter is used Google and many other organizations to develop beautiful native apps for both iOS and Android platforms. Here are some apps used the Flutter works flawlessly.

Developers looking to build an app in limited time then flutter is a good choice. Google after a duration released flutter in the market. It gave a different way to the future of cross-platform development.

Therefore, the developers after using flutter no need to compromise between productivity and quality. It can deliver a unified experience, reducing the time and effort of developers. Flutter was designed to bridge traditional gaps with the focuses on native performance, complex visuals, and productivity.

How react native is different from flutter

React Native is the native version of the JavaScript library that provides and performs well on targeted platforms. Apart from that, it is easy to debug and a fast track to completion.

Both Flutter and React Native have a stark difference when it comes to their use for their UI development. On one hand, React Native taps into Android and iOS components with the help of third party or custom components whereas Flutter functions with proprietary widgets that are fully customized.

Collen Jansen is a digital marketing specialist at Quytech, Leading Mobile app Development Company. At Quytech, you can Hire react native developers to develop a Mobile app for your business to grow your business.

Gionee A1 Plus vs Gionee A1 Lite: Everything You Must Know