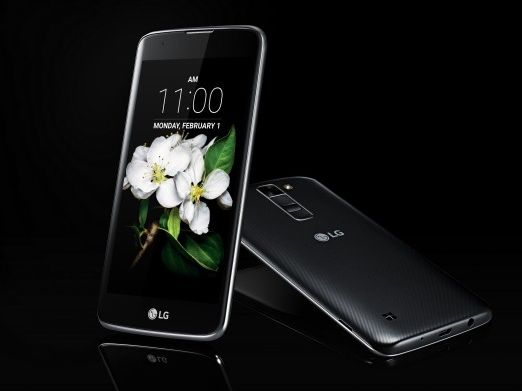 South Korean tech giant LG announced K Series smartphones at CES 2016 trade show. LG K10 and LG K7, According to the manufacturer, the range “largely based on Premium models” and “enjoying an advanced camera technology”.  Much like the older L series, But Pricing and availability details have not been announced yet.

LG K7 and K10 are entry-level smartphone, but with a neat picture part. A kind of response to the Samsung Galaxy J5 and J7, a frontal flash for selfies. LG says they have a “peak photo technology” and features inherited from premium models like the LG G4.

K Series smartphone successor to the L series, Two variants based on 4G and 3G  version, also certain technical features may vary according to markets, In terms of design, stylish look with a curved 2.5D screen. LG claims that K Series smartphones will be the first to offer LG’s  glossy pebble design. In addition, K7 and K10 both have a flash on the front, range K merely modest features, especially the side of K7.

LTE version is available 13 Megapixel primary camera for selfies and 3G version available with 13 Megapixel back camera, coming to the front camera side, This device comes with 8 megapixels and 5.0-megapxiel for video chat (depending on different markets), powered by the battery 2300 mAh, And this smartphone measures dimension: 146 x 74.8 x 8.8mm, And runs under the operating system of Android 5.1 Lollipop.

Detox Diet To Recover From The Holidays