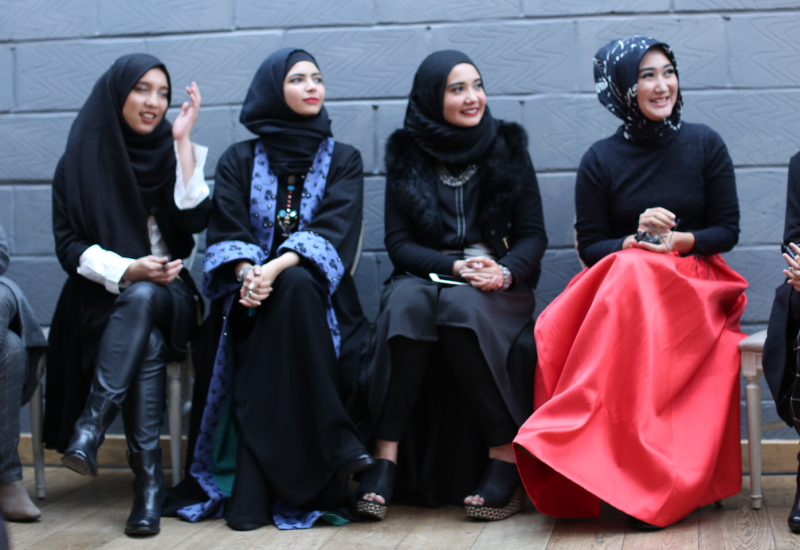 Modest clothing is taking the fashion world by the storm. Many fashionistas had guessed that this day would occur sooner or later. Many believe that this is not just a trend of the season because women have considered many factors before embracing this concept. Age, shape, religion and personal preferences are some things that the women consider before going towards the modest clothing. Skin show may grab some eyeballs, but modest clothing is elegant, attractive and something everyone can try regardless of their age or body type.

Earlier the mantra was that if you have it, there is nothing wrong in flaunting it. But, today women feel there is no need to flaunt it even when you have it. Most of the women are just following the religious rules that are set for them. Especially Muslim, Jewish and conservative Catholics have certain ways in which they must be dressed covering their body. Women are not shying away from embracing their religious beliefs and are not at all embarrassed to dress the way they want among all the modern clothes and skin show. You can find a number of modest outfits like abayas, hijab dresses online.

The reason for this sudden change may be that the women have become much more confident about themselves than they were earlier. They do not feel self-conscious in wearing what they believe in. Also, it has got to do with the strong belief in their faith and not fearing to show it. There is no more pressure to dress in a way because everyone is doing it. Women today have their own mind and style statement.

Today, we can find boutiques all over the place selling modest clothes. These clothes are not any less fashionable than the other clothes. They just have longer sleeves and hemlines, higher necklines and cover your body. These dresses come in all shapes, sizes and colours. There is no shortage in style even though the dresses are modest. The entire clothing can be called as a mix of western and modest style.

While modest clothing is not everyone’s preference, one must believe in the concept to carry it off with confidence and élan. If a woman wants to regularly dress in modest clothing, she must enjoy it and believe that it is the style that she wants to try.

Modest clothing has opened avenues for not just customers who wanted such clothing, but also to many fashion bloggers, designers and retailers who believed in this concept. Even the internet is flooded with many online stores that are selling modest clothing such as hijab clothes online. It is the easiest way of buying western, yet modest clothes. You can get modest clothing for all occasions, be it a wedding, or a party, workplace or travelling.

Not all women want to walk around wearing clothes straight out of the ramp shows. Not everyone likes showing off their midriff or thighs. There are women who like to look sensuous, but also elegant at the same time. For such women, modest clothes are very much suitable. This enduring style will attract more and more takers in the future.