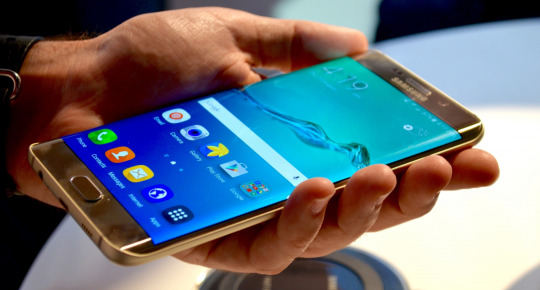 Samsung Galaxy S7 Could Be 10% Cheaper Than The Galaxy S6

South Korean tech giant Samsung is planning to launch its new Smartphones, Samsung Galaxy S7 and Galaxy S7 Edge are slated to be released sometime in February 2016. Galaxy S7 saves Samsung’s smartphone business? Galaxy S7 comes with 4G category 12 LTE data speeds up to 600 Mbps, includes Snapdragon 820. According leaked sources from Digital Times (via PhoneArena), Galaxy S7 could cost 10% less than the Samsung Galaxy S6. This would put the S7 at £503 at launch.

According to the latest leaked sources, Samsung features a 20 megapixel rear camera with ISOCELL technology. This new sensor will equip a RWB filter to increase  light sensitivity  and enhance the brightness. But that’s not all, 23 megapixels found on the three versions of the Sony Xperia Z5 and currently the first DxOMark ranking. A sensor that offers a hybrid autofocus of 192 points, Note however, that Samsung decreases its primary camera to 20 megapixel.

Samsung, Galaxy S7 includes 4G LTE 12  Modem Classes, That it will offer maximum speeds of 600 Mbps download and 100 Mbps upload. No surprise regarding the version of 64-Bit Qualcomm Snapdragon 820 (reserved for China and the USA).

Note that the device  compatible with a USB Type C, we already found in some smartphones, OnePlus 2, magnesium alloy body is estimated to be at least 2.8 as Galaxy S6 and Force Touch screen. In addition, water and dust proof technoogy ,  Galaxy S7 lighter and cheaper than its predecessor. Regarding photo sensor, it is not yet clear on front camera, Galaxy S7 planned to launch its two new devices in January with a market release in February.

What Is The Reason That 95% Shippers Use Less-Than-Truckload Freight Shipping?

6 Reasons To Grow Mint At Home