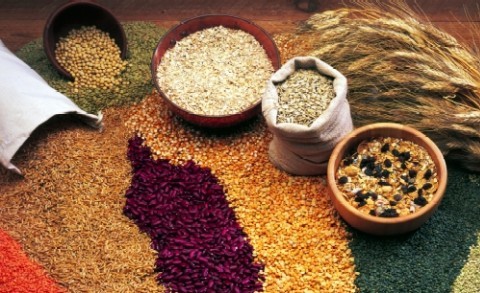 Why We Should Choose Whole Grain Foods?

Modern diets are often consisted of highly processed ingredients, such as sugar, canned tomato paste and many others. Many flour products made from various grains. Things can be quite complicated, considering that preservatives, flavouring and additives are added to the mix. It means that many flour products taste nothing like the original and they have lost much of the nutritional value, especially because nutritious components have been stripped during the production process to ensure smooth texture of the flour. When combined with processed sugar, many of those fluffy, warm white breads that we get from bakeries are high in simpler carbs that can quickly elevate our blood sugar level. In this case, a big chunk of bread made from highly processed ingredients can provide us with a sugar crash. Although carbohydrates often get a bad rap, they are not completely guilty. Carbs are still essential for our health, but we should prioritize on good carbs that we get from whole grain foods and vegetables.

In general, whole grain foods are often preferred due to their full-bodied, nutty flavour. Our body will also get much more benefits. Many people would argue that whole grain foods seem to be coarser in texture and less refined than those made from highly processed ingredients. Flour made from whole grains look and taste different. In this case, the whole kernel is ground and the nutritious outer layers of the grains are also included. It is true that white bread is fluffier, texture and softer; or even smell better, but we often get more simple carbs and much less nutrition. In reality, whole grain breads are also tasty, in a different way. With its coarser texture, darker color and denser consistency; whole grain bread is more rustic, less modern and more natural. Whole grain breads can be combined quite well with some proteins, when we make delicious sandwich. We could add a few slices of chicken or tuna, some grated cheese and plenty of veggies, such as cucumber, tomato and lettuce.

Whole grain could also replace the common white rice. Whole grain rice is definitely more nutritious and white rice is essentially just an energy pack with simple carbs and very little nutrition. For people who eat rice as their staple food, it’s a good idea to progressively switch to the whole grain variant. Whole grain rice can be more fulfilling and satisfying. The outer layer of the rice contains more complex carbohydrate that can be converted to simple carbs more easily. This will allow us to eat less, while getting much more nutrition than common white rice. Oatmeal is a great alternative for people who are seeking to get whole grain food. However, we should skip those pre-packaged variants. They could contain preservatives and some of the kernel components could be removed. When preparing oatmeal, we should go beyond milk and honey. There are hundreds of recipes that allow us to make tasty, low-calorie dishes made from oatmeal.

How to Choose Ergonomic Beds?