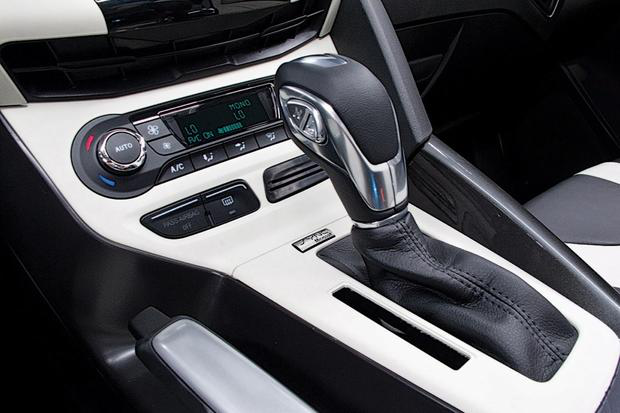 How Gear Ratios Play a Significant Role in Vehicle Performance

Each vehicle runs on a gear ratio that determines its capacity of maximum speed. It decides how fast the vehicle can raise itself to that top speed, and in the process, it also measures up how hard the engine has to work to achieve that speed.

Car manufacturers need to walk on a really tight rope that stretches between two extremes, one is the absolute performance and the other is the absolute fuel economy while determining what should be a car’s final drive gear ratios.

At the Santa Rosa Honda, the mechanics explained that it is a commonsense approach towards understanding, that if a car is given too much gear, it will dissatisfy those customers who are looking for good enough fuel economy. On the other side to satisfy the fuel centric customers, if the car is given too less gear ratio, it would anger the driving enthusiasts who will discard the vehicle calling it “gutless”.

Gear Ratios of the Transmission

Both the transmissions and the rear end differentials have gear ratios. The transmissions need to use its gear ratios to keep the engine within the range a safe and operating RPM that is economically sound. Simultaneously it also needs to generate the ability in the engine to accelerate well and at the same time maintain a speed that doesn’t cross the border of safety.

Without the help of a transmission, if the car reaches the engine’s redline, that will indicate you don’t have any more scope for acceleration. But by adding up another gear to the transmission will keep it engaged and help keep it accelerating while maintaining your current speed even at a lower yet at a more efficient RPM.

Car manufacturers issue the different types of transmissions with different gear ratios according to the way it is expected to perform.

Gear Ratios of the Differential

A differential of the front- or rear-wheel drive is made to serve two different purposes. One is to convert the rotational energy which we know as torque of the engine from one axis to another, and the other is to multiply the torque of the engine while constantly reducing the speed of its rotation.

Thus, the gear ratio of the differential is generally determined by the between differences in size found in the ring and the pinion gears.

Depending upon the gear ratio installed in the transmission, it will determine if the vehicle can accelerate in lightning speed and compromise on the mileage heavily or it will Rise only up to the cruising speed only at an average 65 MPH but with ease.

The Reason Behind this Difference

The experts at the Honda Santa Rosa further explained that if car engine can generate 400 horsepower and can develop an equally promising 395 pound-feet of torque, the aim of any engine will be to make the car capable of cruising along on the freeway at least at the rate of 2500-3000 RPM. But this performance will depend upon the ratio placed in the differential.

Can Your Technology Scale to Keep Up With Business Growth?

Collection of abaya available at the online market