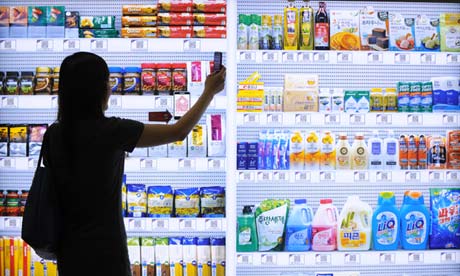 The technology has expanded rapidly in the last few years. Now, it is possible for technology users to have significant computing power on their hand. Their octa-core smartphones and tablets will soundly defeat desktop PCs released just a decade ago in terms of performance. However, regardless of the latest advances in technology, it is a good idea for us to review all the previous technologies. We should consider that obsolete technologies form the basis of today’s technologies. As an example, VCR is considered as one of the best inventions for consumer products. Many people are using VCR in their home, before CD, DVD and eventually Blu-Ray took over. Back then, people also used DVR to watch TV series, sports matches and other TV programs that didn’t have time to watch. When it first appeared, both CD and DVD players were considered expensive and cutting edge. However, both have started to be considered obsolete, as people are seeking to get high quality shows on the TV. In the end, people are looking gain convenience.

When people first used CD, they are impressed at how light and compact it is compared to the cumbersome and bulky video tapes. Also, tape will deteriorate after repeated uses and this doesn’t apply to CDs, although they can still be scratched when not handled correctly. Many people could still recall when they first watched the first “The Matrix” movie on DVD and impressed by the sound and visual quality. These DVDs include all the extra features and much better quality that are not available in standard CD and tape. Since then, people are encouraged to improve their home entertainment technology further, such as by using HD DVD and Blu-Ray DVD. Although many people are still satisfied with normal DVD, the use of Blu-Ray continues to expand. The same development also applies with TV technology. After the standard tube TV, there are now flat screen, HD TV, Plasma TV and others. After the high 1080p resolution, people are craving for the 4K resolution.

Prices for the previously expensive TV have dropped and people are getting better and better pictures quality. In fact, normal tube television can’t be easily found in the market and they have been replaced by at least an entry-level LCD screen. Other consumer products that we should consider are digital cameras and many of us remember the times when we are still using standard films for taking pictures. With digital cameras, people can easily manipulate their results. They could preview pictures on the large screen, delete and even modify them directly on the camera. These cameras often include dedicated photo editing software that allows users to adjust many things. Some cameras are even connected to the WiFi network and can be tethered with a smartphone in our pocket to immediately send recently taken images and videos to social networks, such as Facebook and YouTube. With so much advancement, it will be rather unimaginable what consumers products would look like in the next 10 to 20 years

How to Choose Ergonomic Beds?