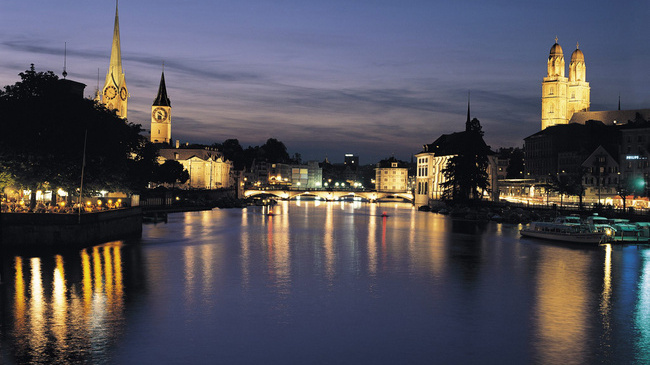 Top 3 Most Overlooked Sites In Zurich

Switzerland’s financial capital may not be as popular and attractive as Paris, but this city certainly has a unique charm. Its enticing architectural splendor, the cobblestone streets, the lake, river, a far-reaching history, dating back to 2,500 years ago, and, of course, lots of cheese and chocolate. Some would say the city includes everything there is to love about life, right?

Also, distinct from other European sites, Zurich isn’t (yet) overflown with masses of tourists. On the contrary, once you get here, you’ll get the chance to immerse in the lifestyle of the locals, who genuinely enjoy their high-quality life. In case you didn’t know until now, Zurich is acknowledged as the top European city, in these respects. Hence, you’ll definitely have something to learn from the Swiss.

Before starting to explore the city, it’s a good idea to consider opting for professional Zurich airport transfer services. Why is that? If the concept of waiting in line at the airport for a taxi driver to assist you doesn’t appeal to you, or you’re not too excited about going with your luggage on a crowded train or bus, this is exactly what you need. Choose your airport transfer wisely, and you can benefit from a discount. In addition, you may select the type of vehicle you prefer best, ranging from minibuses, luxury executive sedans, minivans, and so on. You have the liberty to choose whatever is suited for you.

Now, after you arrive at your accommodation safely, you can move on to exploring the city. We would like to introduce to you three of the most overlooked attraction points in Zurich that deserve your attention.

Apart from the charming Old Town, Zurich West is an overlooked side of the city, which is equally interesting to discover. Formerly industrial center, this part of the city has received a different cover. Abandoned warehouses havebeen transformed into state-of-the-art, modern nightclubs, theaters, food halls and galleries. The vibe of the neighborhood speaks positive energy and creativity.

There’s no better way to get off the beaten path than strolling along the city and discovering the hidden, less famous alleys. While the fashionable Bahnhofstrasse is unquestionably worth your time, you should also leave some time aside for uncovering the real spirit of the city, as you discover the beautiful, charming cafes and boutiques that are hidden in the less predictable spots.

Zurich can boast with its spectacular architecture, as some of its buildings date back to centuries ago. You’ll certainly find many buildings you’ll want to photograph, the Widder Hotel is probably not one of them. The thing about this hotel is that it is an unexpected combination of new and old, which is astounding. The hotel embodies 49 rooms, which occupy no less than nine historical houses; some parts of them date back 700 years. About 1000 preservationists, archaeologists, and other specialists collaborated in order to restore and preserve the building. If you’re a sucker for unusual architectural masterpieces, make sure you include this site on your sightseeing list.

How To Get Started In The Security Industry